On Tuesday 23rd March, we were delighted to be joined by 2002 Leaver and former Middle East correspondent Fernande van Tets for the first in a series of live online CGA Talks.

On Tuesday 23rd March, we were delighted to be joined by 2002 Leaver and former Middle East correspondent Fernande van Tets for the first in a series of live online CGA Talks. The evening was superbly hosted by CGA committee member Louisa Spicer, who introduced us to ‘From Calne to Damascus’.

Having read Arabic and Political Science at the University of Amsterdam followed by an MA in War Studies at King’s College, London, Fernande began her career as an intern at the Dutch Embassy in Beirut. Very quickly she started freelancing as a journalist for various Dutch media and subsequently for The Independent and France 24 amongst others. Her reporting focused on the war in Syria and the refugee crisis that erupted in its wake.

When Fernande returned to Europe in the summer of 2015, many Syrians did too, and so she followed them, all the way from Greece to Calais, for a series for France 24. In the years that followed, she covered the people smuggling industry that sprung up in Turkey, and the volunteer industry that erupted on the Greek islands.

Fernande went on to spend two years in Paris at the television network France 24 English, reporting on terrorist attacks in France, the migration crisis, and developments in the Middle East. In 2018 she became communications officer for UNRWA, the UN agency for Palestinian Refugees. She lived and worked in Syria and saw first-hand the devastation of a country ravaged by too many years of war. She struggled with the diabolical dilemma faced by humanitarian agencies operating in Syria: work under strict control from the regime or take a stand and leave Syrians without assistance. Fernande’s book ‘Four Seasons in Damascus’ (currently only available in Dutch) chronicles her year in Damascus, Syria working for the United Nations.

We were delighted to be joined online by a considerable audience of alumnae, current girls, and the wider school community. Louisa fielded questions from the audience, engaging Fernande in a variety of topics from how to start a career in journalism (‘get up and go…’) through to her thoughts on the Assad regime.

Louisa closed the evening by thanking Fernande for a truly fascinating insight and invited the audience to join us on 6th May for our next online CGA talk with 2000 leavers, Vicky Graham and Elinor Cook. 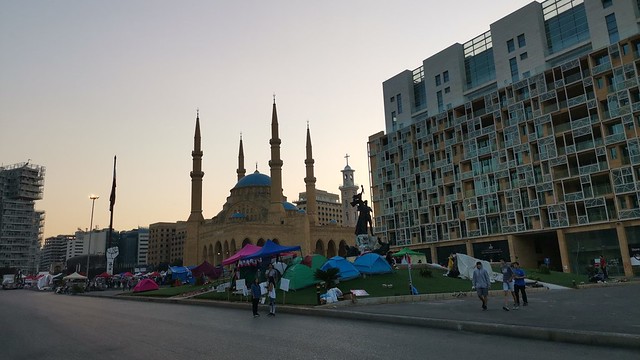